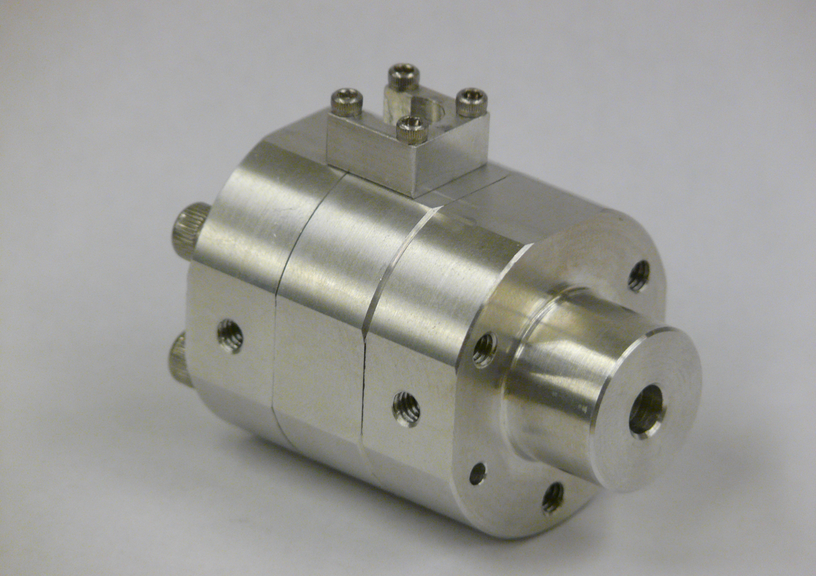 As an offshoot of our torsion-balance experiments, our group was involved in technology development for the Laser Interferometer Space Antenna, a proposed three-spacecraft space mission to detect gravity waves. These spacecraft were to stay in a perfect free-fall orbit by tracking a free-floating “test mass” contained within each spacecraft. We were investigating the effects of electrical charge buildup on the test masses. To do this, we needed a reliable method to move electrons onto and off of an electrically isolated body. Removing electrons from the body is easily achieved with a UV LED via the photoelectric effect, but forcing electrons onto the body proved to be more difficult. My first contribution to the project was to develop and build a UV-LED-based low-energy electron gun. Other types of electron guns were available, but were too high-energy, required high voltages, would introduce unwanted material or ions into the experimental chamber, or were too large for the chamber. The electron gun was designed to minimize the amount of UV light escaping from the barrel to avoid ejecting electrons from the gold-plated target body.  To further reduce this effect, the donor surface in the gun was coated with magnesium, which has a work function lower than that of gold, and a  longer-wavelength UV LED was used. This project involved CAD work, numerical modeling of the electron trajectories, and machining.

An open-access preprint of the academic paper describing the full project is available here.